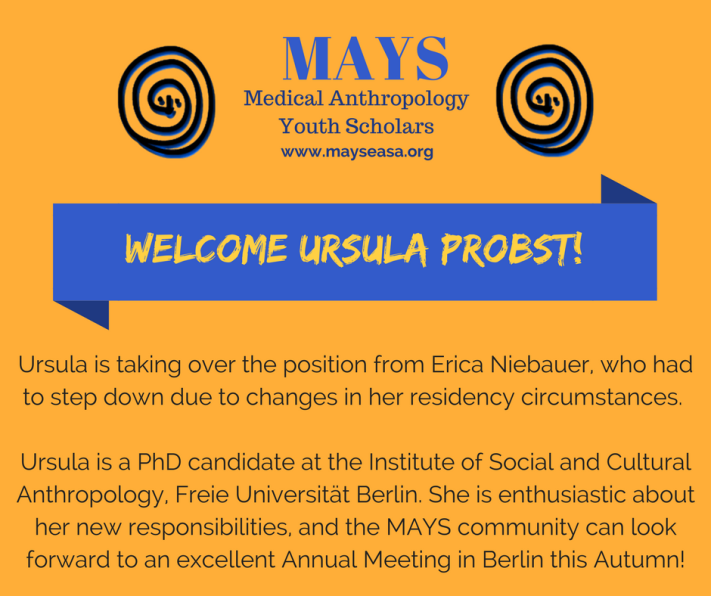 Ever since attending her first MAYS meeting in 2013, Ursula has been a huge fan of the network. She appreciated the friendly and cooperative atmosphere created by the MAYS members and coordinators, and firmly believes that in times of academic precarity, a network like MAYS plays a vital role in creating spaces for medical anthropology students and young scholars to openly exchange ideas and build collaboration and support. Although Ursula became coordinator under the very unfortunate circumstance of Erica’s resignation (Erica had to step down due to changes in her German residency circumstances) , she hopes to continue the great work of the previous coordinators and is looking forward to bringing the annual meeting to Berlin once again. 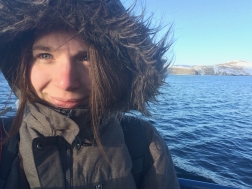 Previous academic endeavours have led her to Vienna, Berlin and Krasnoyarsk, and Ursula is now back in Berlin to pursue a PhD in Social and Cultural Anthropology at Freie Universität Berlin.

Building on her research interests in sexuality, health and migration, Ursula is currently conducting fieldwork on the everyday lives and experiences of migrants from Central and Eastern European countries engaged in sex work in Berlin.

In the few moments she is not busy with anthropology or activism, Ursula enjoys wandering around in nature, swimming in the lakes of Brandenburg – both preferably at cold temperatures – and reading dystopian novels.

You can get in touch with her via e-mail at ursula.probst@fu-berlin.de

View all posts by MAYS